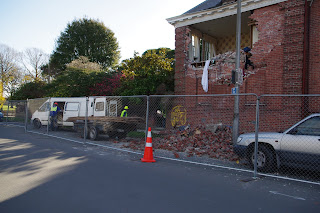 THE WESTON HOUSE PHOTO GALLERIES INCLUDING THEFORMER GLORY THAT WAS CHRISTCHURCH-PLEASE CLICK TO VIEW
ROSS BECKER'S PICASA ALBUMS OF OUR SHATTERED CITY - ROSS HAS BECOME THE OFFICIAL PHOTOGRAPHER OF CHRISTCHURCH'S HORRIFIC JOURNEY. His photographs chronicle the tragedy that has hit our city  - this is a nation's sorrow. A photo taken of TWH appears here RossBeckerNZ/InsideThe4AvenuesNotRedZone


Please (if you have time) go back through my previous earthquake blogs - these are our personal stories but there are many links to various websites which contain information which explains the events that have changed our history.
Posted by The Weston House at 6:19 pm 2 comments: